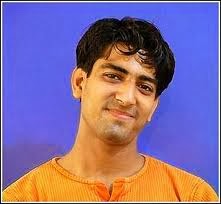 Celebrities too faces common man problem . After Yash Chopra dies of dengu this time Indian Idol -2006 winner Sandeep Acharya died of Jaundice.The Indian Idol-6 winner breathed his last on Sunday Dec-16 at Medanta hospital in Gurgoan. His cousin Akshay Acharya confirmed he news.
Sandeep won Indian Idol in 2006. His first album was Mere Sath Sara Jahan.
“Sandeep was working on this new album ‘O Sanam Tere Bina’ mid-December, was suppose to be released in Dec this year” said Akshay.Choreographar Farah khan and Anu Malik expresed their grief on the sudden demise of the singer.
Farah Khan  twitted “Its too sad to hear of sandeep. Acharya,winner of indian idol 2 n my favorite,passing away.such a gentle boy he was.not his time 2 go.”
Sonu Nigam too was sad on Sandeep’s demise. “Jaundice? Gosh…very sad. The boy was just 29…This year, oh god, is only about deaths I feel. God give his parents some strength,” read Sonu’s tweet.
Anchor-actress Mini Mathur, who hosted ‘Indian Idol 2’ too shocked with the news. She tweeted: “What a sad, premature goodbye to a talented, ambitious, happy boy. RIP Sandeep Acharya.”
Even Sony Entertainment Television expressed their sorrow over the passing away of Sandeep untimely.
“A big loss for all of us with the shocking demise of ‘Indian Idol 2’ winner Sandeep Acharya. May his soul rest in peace and may God give strength to his family in this extremely difficult time,” the channel posted on their Facebook page.
Singer Shreya Ghoshal wished the news to be untrue.
“Just heard about ‘Indian Idol’ Sandeep Acharya…Shocked. Too young, and a wonderful guy…I still hope this news is untrue,” Shreya tweeted.
His body will be brought to his hometown Bikaner where the last rites will be performed.